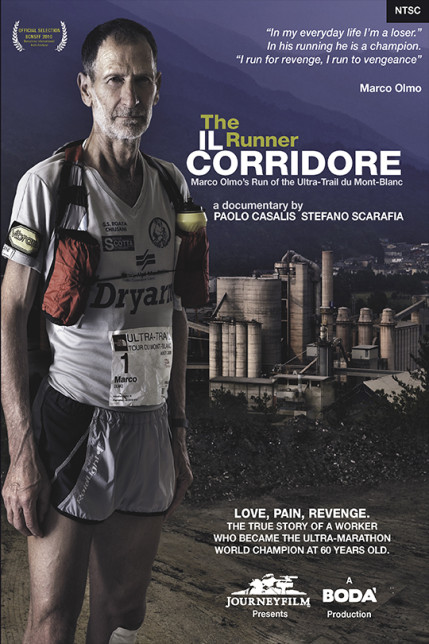 The inspiration true story of a worker who became the ultra-marathon world champion at 60 years old.

Marco Olmo is a living legend in the world of extreme running. He started running late in life, at a point when most others begin to stop. In his early life, he was farmer, a truck driver, a worker in this village’s cement plant and for the past twenty years he has worked in a quarry in the same place where his now demolished childhood home stood. Running became his reason for living, and a form of revenge against his hard lot in life.

At the age of 60 he became a World Champion by winning the Ultra Trail du Mont Blanc, the hardest and most competitive endurance race in the world, 2500 competitors, over twenty hours of uninterrupted running, 167 km (over 100 miles) around the tallest mountain in Europe. An almost unimaginable feat, where mental, physical, and personal motivation are fundamental. Despite his age, physical problems, and ever younger and more prepared opponents, Marco doesn’t want to retire. With his wife Renata’s help, he trains for a year, in an attempt to defend his title at the legendary Ultra Trail du Mont Blanc. Marco defies stereotypes of age and ability as he gives his all in a competition that could become the last of his career. Can he still do it?