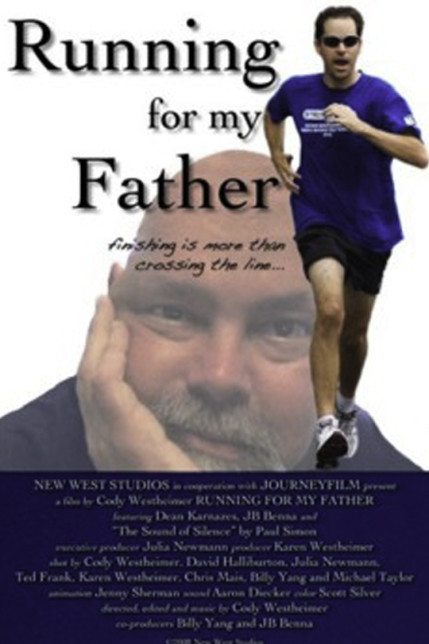 Running For My Father

“There’s no way running this marathon will be harder than losing my best friend, my biggest fan: my Father.”

On January 14th, 2007 composer Cody Westheimer lost his father, Dr. Eric Westheimer to a brain tumor.  Faced with the biggest challenge of his life, Cody discovered running as a way to cope with the death of his best friend.

Inspired by working on JB Benna’s film UltraMarathon Man, about folk hero Dean Karnazes, Cody decided to begin training to run a marathon.  Houston was where his dad was born.  The race was taking place on January 13th, 2008 – the eve of the anniversary of his father’s death. The choice was obvious–the Houston Marathon would be the race Cody would enter to honor his dad.

Follow Cody and his family as he travels through grief, pain and perseverance in his quest to run 26.2 miles.